Centuries ago an extraordinary art was developed in China, which combined the areas of health, martial arts, meditation and philosophy of life in a special way, the Wing Chun teaching.

For generations, the Masters researched, created, and improved this system. The Wing Chun system has long been a well-kept secret of a small number of the upper masters who kept this teaching and strictly limited its transmission.

Background knowledge is required to understand this meaning today. In a time that was permanently marked by war and conflict, the study of martial arts meant a vital necessity that had nothing to do with sport. Top secret, extremely effective techniques of martial arts developed, which included physical health as well as mental development through meditation – purposefully exclusively to achieve victory in battle

After more peaceful times, more modern weapons, but also the constant influence of Western culture in connection with the Chinese Cultural Revolution, valuable martial arts systems fell into oblivion or even died out.

Up to the present day the modification of the martial arts can hardly be stopped. The intensity, the level of difficulty and the meaning of the exercises are continually reduced in order to do justice to the fast-paced and often superficial way of life.

Complex systems, rich in tradition and developed over generations, are becoming more and more fragmented. The true essence of the martial arts can no longer be kept alive in this way, although the old masters in China belonged to the social elite, as their ideal of education was not reduced exclusively to martial arts, but also included philosophical, artistic, scientific and medical studies. Advanced martial arts degraded to a widespread gymnastic activity. The martial arts aspect with its high demands on mental and physical performance gradually faded.

For this reason, a grand master of Wing Chun, Dr. Leung Jan (1826-1901), who learned the system to perfection, to limit the distribution and to keep it as far as possible from the public. So it was able to survive in its authenticity, although it has been forgotten by society. However, it is difficult to guess why he completely removed the exercises or adulterated them at will. This could be due to the fact that the true Chinese masters were reluctant to reveal their knowledge, because they often felt that the importance and value of such an insight was not sufficiently appreciated. For a long time, the value of many exercises was reserved exclusively for the master.

Unfortunately, nowadays the different Wing Chun lines continue to separate. The true martial arts are increasingly being dismembered and partly reassembled in order to do justice to the ideas of the western market and the modern, fast-paced way of life. Presented under constant name changes, something completely new seems to be available, which in reality is an artificial product from the shards of the old teaching.

This division of the Wing Chun system, which began once it has begun, continues to lead to considerable misunderstandings about this fighting system up to the present day. Today the public mostly only knows the very publicized (Ip Man) Wing Chun arts. However, some original wing systems have long remained hidden from society.

In Explosives Wing Chun Academy Munich we teach true to the teachings of the old masters, the self-contained, energy-based authentic martial art. The content, especially the energy theory, is unique in Europe and rarely found. The essence of Tai Chi Chuan, Hsing I Chuan and Bagua Zhang is expressed in its effective symbiosis and enables the practitioner to optimally defend himself in every dangerous situation.

PILLARS OF THE EXPLOSIVE WING CHUN

Since Master Dr. This Wing Chun style was only passed on to Leung Jan to a limited extent. It differs entirely from many Wing Chun styles. The central aspect is the development of inner strength. It is characterized above all by its speed, explosive power and its high impact frequencies. The pillars of the Explosive Wing Chun are composed as follows 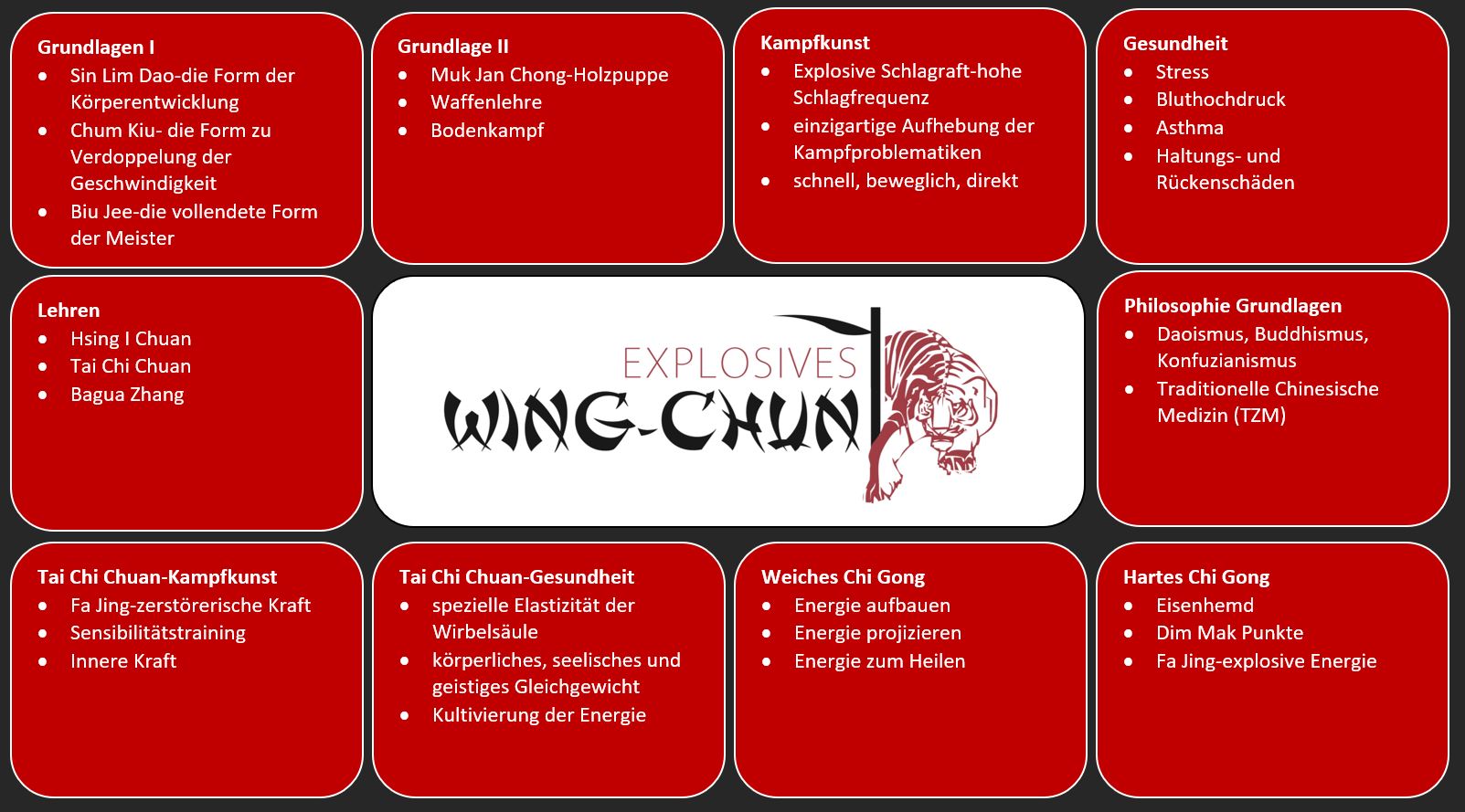 Tai Chi Chuan shows a path that leads to perfection, to physical, mental and spiritual health.

This martial art is one of the internal martial arts that can generate tremendous power and at the same time allows concentration, clarity and other spiritual skills to be developed.

“… that the soft conquers the hard – no one in the world who does not know, and yet no one who can apply it. “- Lao Tse 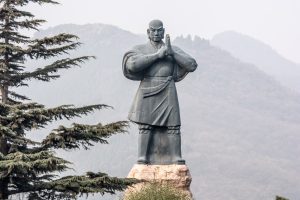 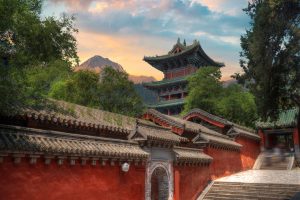 The venerable and wise old Tai Chi Chuan masters have always been aware that in combat the soft approach is superior to the hard one, that circular movements are tactically smart and that it is important to react to the opponent’s tactics on the one hand and the movements of the See opponents beforehand and be prepared to face them. 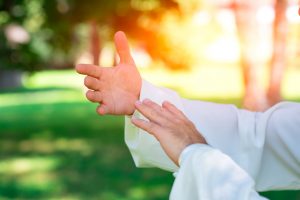 Tai Chi Chuan – as it was taught before the great Chinese revolution – was passed on in secret from the master to his students and was never taught publicly.

In other words: The Tai-Chi Chuan practiced today is for the most part not the original Tai Chi Chuan and has no deeper meaning …

If Tai Chi Chuan is practiced as a health lesson, its movements are slow and rhythmic, involving the whole body. The mind is focused on its task, completely focused and very calm throughout the practice. 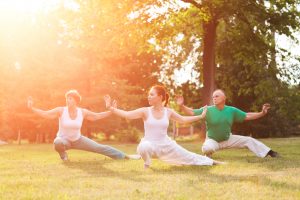 “If you want to develop physical strength, protect your health and extend your life, you should practice Tai Chi Chuan regularly,” say the Daoist masters.

In the West, Tai Chi Chuan is particularly known for its graceful, slow, relaxed and merging movements, but this secret art is also the most highly developed martial art system and was also used in ancient China to protect the emperor.

Furthermore, it connects body, mind and soul in a harmonious way. It regulates breathing, strengthens the heart, the circulatory system and the nervous system, quickly leads to a cheerful mood, more well-being, relaxation and concentration. These health effects have been scientifically proven in many studies. Thus, Tai Chi Chuan can be used for prevention, to correct existing specific diseases and as an accompanying recovery exercise.

Another fascinating component besides the Tai Chi Chuan and Bagua Zhang teachings, from which the classic Wing Chun Chuan teachings originally emerged, is the uncompromising Hsing I Chuan. According to tradition, the Hsing I Chuan in its pure form is at the forefront of the martial arts . This is probably due to the fact that, in contrast to other martial arts, this system has relatively few hand and foot techniques. Of the internal arts, it certainly has the fastest and most direct movements in terms of combat applications.

Each technique is combined with spiral turns and breathing exercises so that the resulting energy can burst out powerfully. The force unfolds like a cannonball that suddenly explodes.

Hsing I Chuan has almost exclusively an active character.

If one tries to describe, to define the Hsing I Chuan, one could represent it metaphorically as if one were hardening metal through fire. Metal in this case symbolizes the muscles, bones and tendons – fire the energy.

In particular, the muscles – bones – and tendons are immensely strengthened, built up, promoted and strengthened with energy, because …

“… if the iron doesn’t get hard, then there is no fire …” say the Hsing I masters.

In the developmental stages of this teaching, the primary goal is a healthy body, the second goal is to protect your body and the third goal is to understand and perceive the development and development. Hsing I Chuan is primarily based on understanding and implementing the five Change phases. Extensive knowledge is essential, both in combat and in medical areas, and to be integrated into everyday life.

Another integral part of the authentic Wing Chun teaching is the Bagua Zhang system, which, however, due to its complexity and difficult understanding, can only be taught separately at an advanced stage.

The Bagua Zhang symbolizes eight directions, each of which reflects a typical aspect for itself and is therefore based on the Daoist classic of the I-Ching.

A typical feature of the Bagua Zhang are eight steps that follow a circle. However, every single step contains the possibility of a sudden change of direction.

The beautiful hand movements of the Bagua Zhang are a feast for the eyes. When done slowly, they look like clouds passing by, but due to the fight they can pour in like powerful water over the enemy. These eight round steps and hand movements are in continuous and endless changes. Bagua Zhang actually means to move around a circle while the hands move in different directions. But understanding the deeper quality is not easy. It is based on a lot of spiral movements. In Bagua Zhang, too, the most important principles are the laws of nature and thus everything between heaven and earth is subject to constant change.

“… Defend yourself without directing yourself against the opponent. Be like running water …. ” Attack sharply as if you were cutting a round bamboo …. ” (They are the upper premises of this highly interesting teaching.)

Similar to Tai Chi Chuan and Hsing I Chuan, the user is in constant movement and change. Movement is the foundation of technology because there is no standstill. Standstill is oriented towards downfall. There are three experiences in a fight that are fundamental to victory or defeat:

Contrary to widespread opinion and assumption, the first priority is not power and mass, but speed. This enables you to defeat your opponent more quickly or to retreat more quickly.

If one wants to use the Bagua Zhang as a martial art, as it was authentically intended, not only a masterful mastery of the form is necessary, but also a deeper understanding of the Daoist philosophy, as it is presented in the I -Ging. This martial art is extremely complicated and complex. Therefore, a separation from the teaching only makes sense from a certain level. …. nevertheless all these three inner teachings flow into one another in the traditional, old Wing Chun teaching, form a very practice-oriented symbiosis and thereby find their true identity. 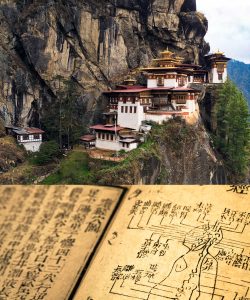 In the ancient Chinese teachings, health and martial arts are inseparable. Only health-conscious behavior brings the human body closer to its normal physiological situation. This is the prerequisite for free mobility and responsiveness. “Martial arts” should not be understood to mean either a violent racquet ideology or an exclusive sport according to the Western view.

The true aspirant sees the “struggle” with himself much more at the center of his endeavors, in order to conquer mistakes and thoughtlessness and thereby to mature and grow ethically and spiritually.

Traditional Chinese Medicine (TCM) is of the opinion that illnesses arise from blockages in the human energy system. However, if we allow the inner energy (Chi), as taught in Explosive Wing Chun, to flow freely through the meridians (energy channels), health can be maintained well into old age. If the interested party is seriously prepared to familiarize himself with the theory and practice of this world view, very positive results will be revealed in his mental, physical and health development.

A large part of the recovery process is attributed to the fact that the internal energy (chi) acts on the electromagnetic situation of the human body. Because every change in the state of health is also reflected in the electrical and biochemical state of the body. Such processes are triggered by electrical impulses that are passed on via the nervous system and ultimately lead to physiologically predetermined reactions in the target organ.

The influence of chi, which brings the disturbed body functions back to the “normal state” by regulating the signals continuously sent out in the organism, is extremely important and should not be underestimated.